Today the Census released its 2016 population estimates for counties and metropolitan areas. I published a blogpost about these latest trends on FiveThirtyEight. Below is some additional analysis and extra charts.

Note that all data are population estimates for July 1 of the stated year. More information and the raw data are available at the Census Bureau’s website. 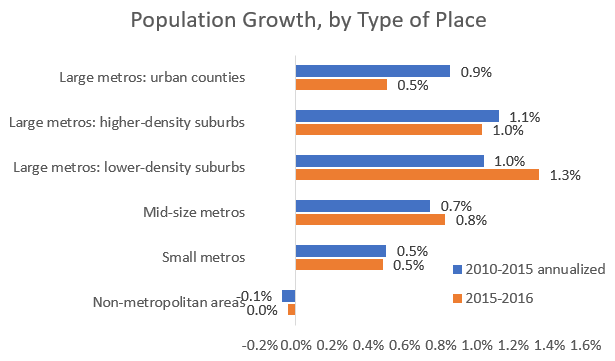 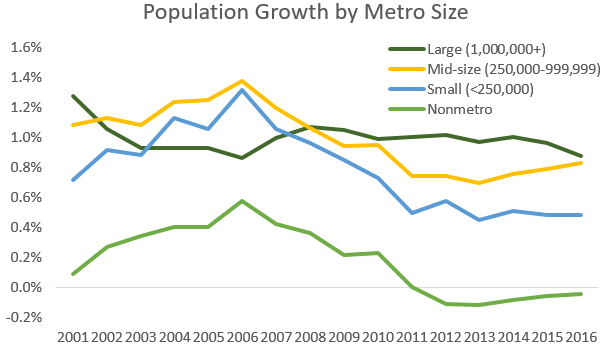 Within large metros, lower-density suburbs grew fastest. Urban counties of large metros are growing more slowly than their suburbs, and urban county growth has been falling since 2011. 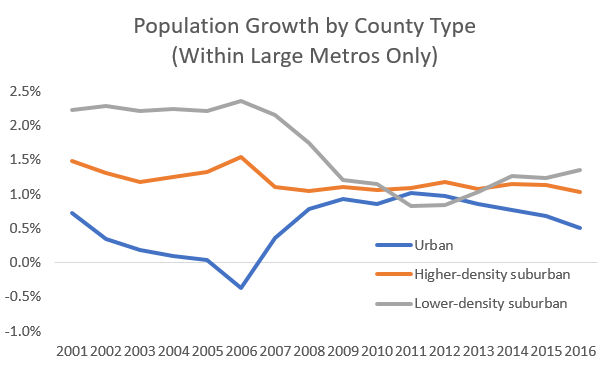 Counties outside metropolitan areas have been losing population — except for those where at least 30% of adults have a bachelor’s degree. These educated rural areas are growing faster, and their growth is accelerating. 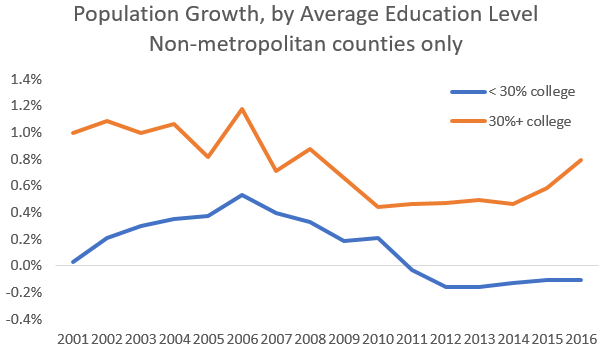 Dividing all counties into four quartiles by density, population growth in the top quartile — urban counties — has slowed while the bottom quartile — exurbs, small towns, and rural areas — has sped up. 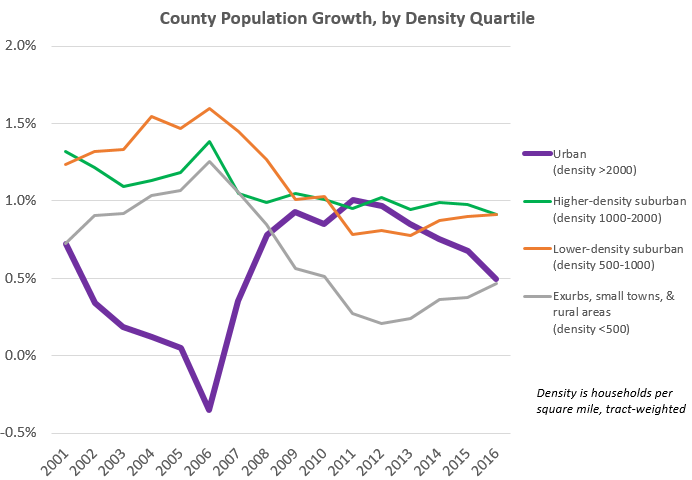 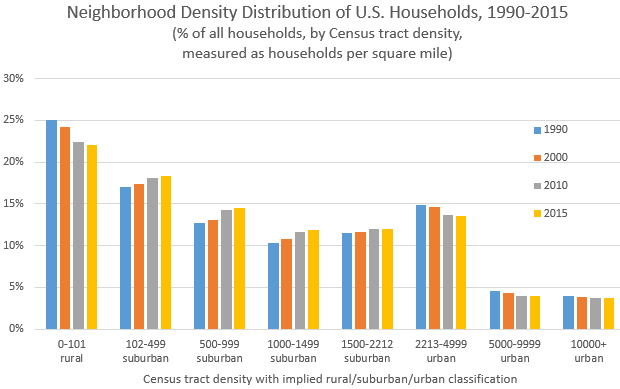 Among all metros, The Villages, FL, grew fastest last year. 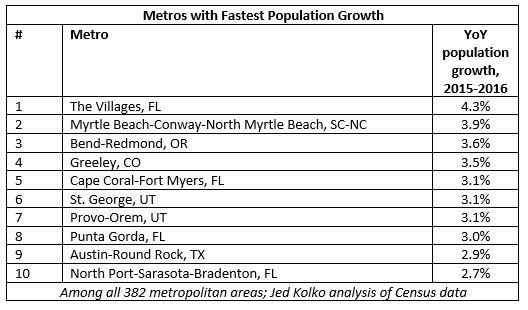 The fastest-growing large metros were all in the South and West. 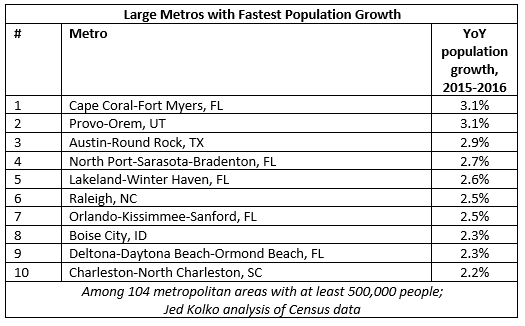 Cape Coral-Fort Myers was the fastest growing for the second year in a row. Austin was in the top spot for the previous four years. 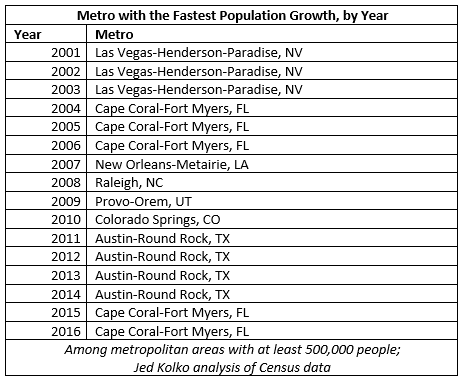 The metros with the steepest losses were smaller metros across the country. 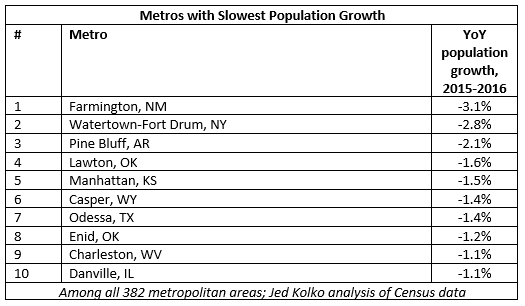 The larger metros that lost population, however, were in the Northeast and Midwest. Seven of the ten with the largest losses were in eastern Ohio, upstate New York, and Pennsylvania. 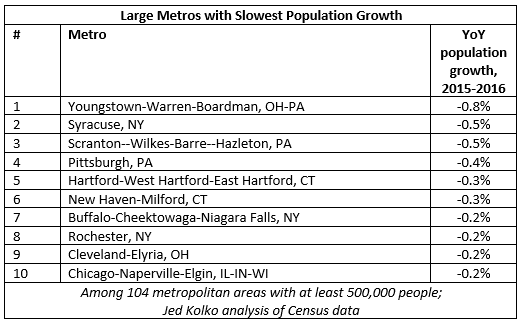 For the seventh year in a row, Youngstown had the slowest growth among large metros. The only other metros in this spot since 2000 were Detroit during the Great Recession, San Jose during the dotcom bust, and New Orleans after Hurricane Katrina. 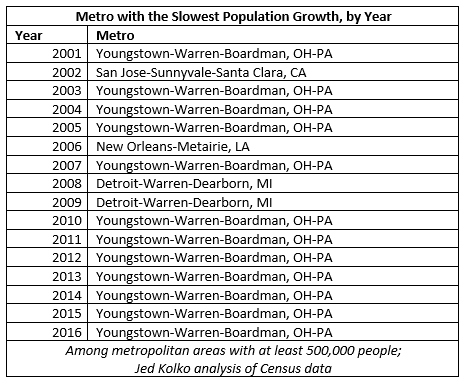 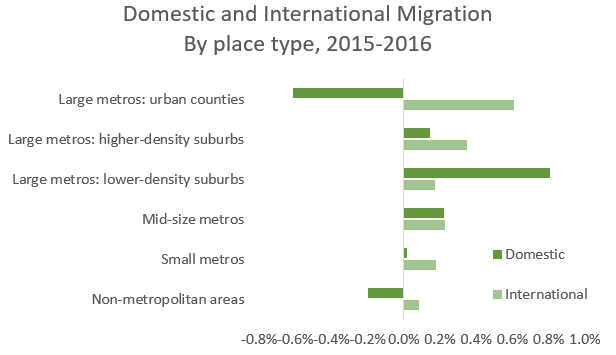 The metros where international migration contributes most to growth include big coastal metros like Miami, the San Francisco Bay Area including San Jose, and the northeast corridor of Boston, New York, and Washington. 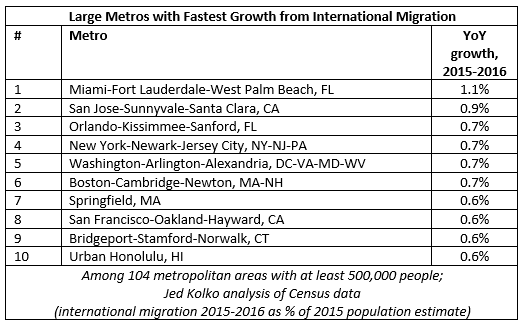 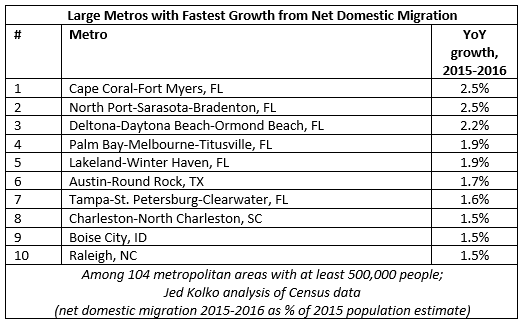 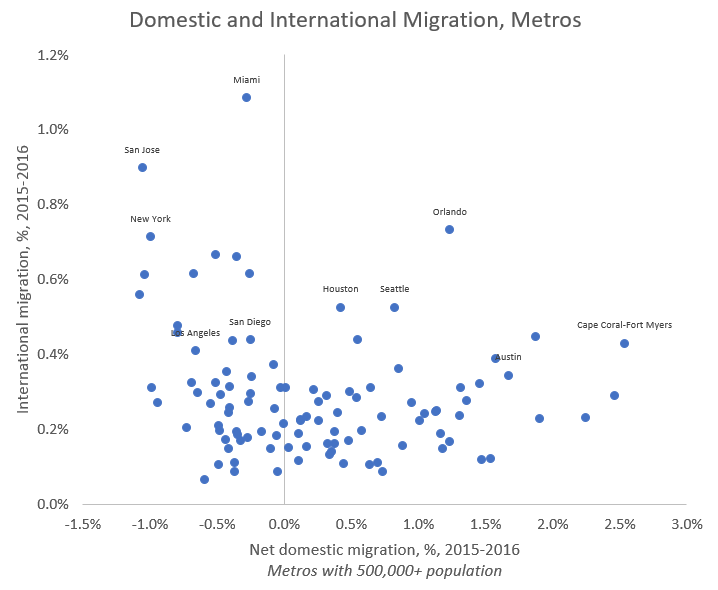 Current Trends Look Back to the Past 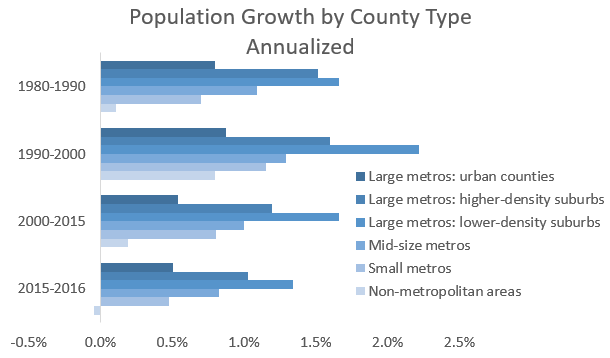 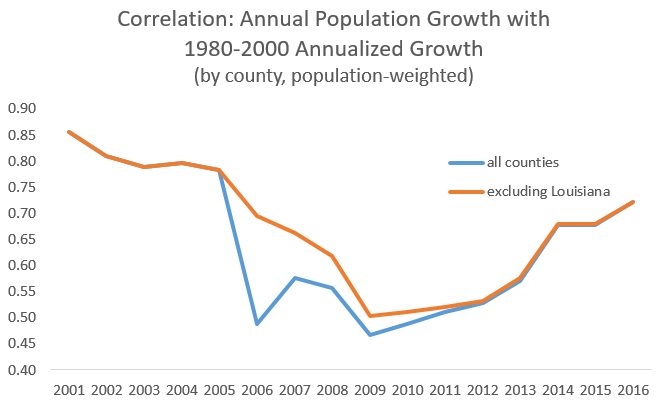 Ultimately this means that the fastest and slowing growing metros today are very similar to those in 1980-2000, before the recent housing bubble and bust. The correlation across metros between population growth in 2016 versus 1980-2000 is 0.80, as shown in the scatterplot below. 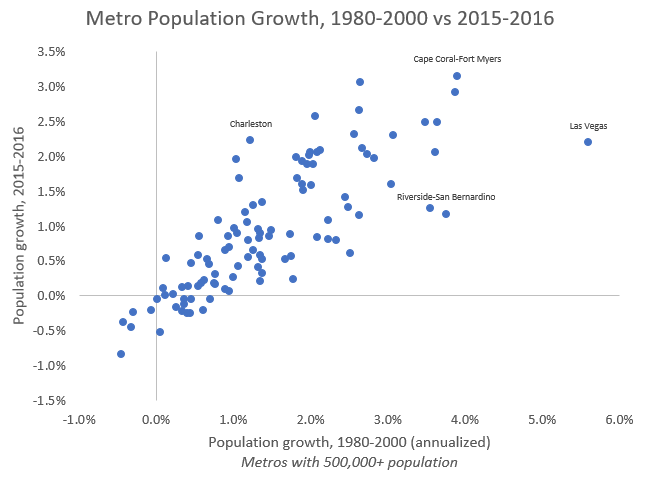